Significance Of "Sodom And Egypt" In Revelation

Sodom and Egypt are referred to in the same passage concerning the death of the two witnesses of (Revelation 11: 7 - 8) “And when they have finished their testimony, the beast that ascends from the bottomless pit will make war upon them and conquer them and kill them, and their dead bodies will lie in the street of the great city which is allegorically called Sodom and Egypt, where their Lord was crucified.”

The reference to Sodom in this particular passage of scripture is to a time of extreme moral filth and corruption preceding the second coming of Christ, this time as the Lion of the tribe of Judah to exact his judgment and destruction of the current world system. Excerpts from Genesis (13:13) Now the men of Sodom were wicked, great sinners against the Lord. (18:20) Then the Lord said, “Because the outcry against Sodom and Gomor′rah is great and their sin is very grave. (19: 24 - 25) Then the Lord rained on Sodom and Gomor′rah brimstone and fire from the Lord out of heaven; and he overthrew those cities, and all the valley, and all the inhabitants of the cities, and what grew on the ground.

The reference to Egypt is indicative of crushing oppression much like that which the Hebrews suffered under Pharaoh only this time brought about by the Antichrist. Although the entire world will be under his oppressive control, the end game stage is set in Israel and Jerusalem will become the focal point of Christ’s return. Is it all that surprising that a nation which was scattered from this place across the face of the earth has reconvened here again two thousand years later? It is an essential element of God’s plan!

(Exodus 1: 8 - 14) Now there arose a new king over Egypt, who did not know Joseph. And he said to his people, “Behold, the people of Israel are too many and too mighty for us. Come, let us deal shrewdly with them, lest they multiply, and, if war befall us, they join our enemies and fight against us and escape from the land.” Therefore they set taskmasters over them to afflict them with heavy burdens; and they built for Pharaoh store-cities, Pithom and Ra-am′ses. But the more they were oppressed, the more they multiplied and the more they spread abroad. And the Egyptians were in dread of the people of Israel. So they made the people of Israel serve with rigor, and made their lives bitter with hard service, in mortar and brick, and in all kinds of work in the field; in all their work they made them serve with rigor. (12: 40-41) The time that the people of Israel dwelt in Egypt was four hundred and thirty years. And at the end of four hundred and thirty years, on that very day, all the hosts of the Lord went out from the land of Egypt.

When the economy falters in one geographic area it is normal human behavior to seek opportunity where basic human needs can be met. Abraham Maslow was a psychologist who developed a pyramiding hierarchy of human needs that begins with the most basic and rudimentary, i.e. food, water, shelter, security which is foundational and then moving upwards to higher things once basic needs are satisfied. At the very pinnacle and by far the highest aspiration is truth. This becomes meaningful when we consider the reason the pyramids were constructed in ancient Egypt so long ago. As archeologists have examined the contents they discovered the mummified remains of the Pharaoh’s and their wives along with containers of dried foods, weapons, gold, significant of the many things that they had found essential to their lives. 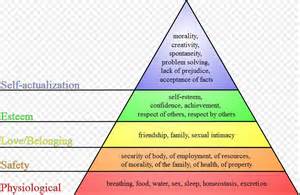 In the following statement Jesus turned the pyramid upside down and says that He is the epitome of truth, the co-author of life, and the only means of access to God the Father.
(John 14:6) Jesus said, “I am the way, and the truth, and the life; no one comes to the Father, but by me.”

Although most people have no understanding of the significance of the Star of David with it’s two pyramids one inverted over the other, some take it as occultic symbolism, it does become strikingly meaningful to any believer when taken in proper context making truth the foundation beginning with revering God Almighty as all of the needs of man flow from Him through Jesus Christ. 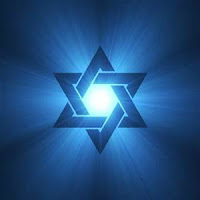 Email ThisBlogThis!Share to TwitterShare to FacebookShare to Pinterest
Labels: Abraham Maslow's hierarchy of human needs, Antichrist, Pharaoh, Sodom and Egypt, Star of David, the truth and the life, the way, two witnesses