The Pride Of Life

What’s John’s frame of reference and what does it mean today?

(Genesis 3: 3 - 6) Now the serpent was more subtle than any other wild creature that the Lord God had made. He said to the woman, “Did God say, ‘You shall not eat of any tree of the garden’?” And the woman said to the serpent, “We may eat of the fruit of the trees of the garden; but God said, ‘You shall not eat of the fruit of the tree which is in the midst of the garden, neither shall you touch it, lest you die.’” But the serpent said to the woman, “You will not die. For God knows that when you eat of it your eyes will be opened, and you will be like God, knowing good and evil.” So when the woman saw that the tree was good for food, and that it was a delight to the eyes, and that the tree was to be desired to make one wise, she took of its fruit and ate; and she also gave some to her husband, and he ate. 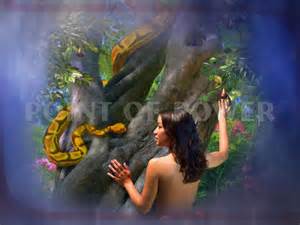 So when the woman saw that the tree was good for food, There it is, the lust of the flesh, our bodies require food for sustenance.
and that it was a delight to the eyes, Here is the lust of the eyes, the fruit was attractive and looked delicious.
and that the tree was to be desired to make one wise, she took of its fruit and ate; Desiring to know what God knows she disobeyed God’s command and ate, an act of pride. A willful action follows after the whims of a prideful thought, Eve was following after the very same mindset of the fallen angel Lucifer who appeared as the serpent and tempted her. And because she succumbed to the temptation along with her mate Adam who agreed, mankind instantly took on the same fallen personality traits of Lucifer and both were thus expelled from the Garden of Eden.

(Isaiah 14: 12 - 14) “How you are fallen from heaven, O Day Star, son of Dawn! How you are cut down to the ground, you who laid the nations low! You said in your heart ‘I will ascend to heaven; above the stars of God I will set my throne on high; I will sit on the mount of assembly in the far north; I will ascend above the heights of the clouds, I will make myself like the Most High.

Questioning God’s word and using half truths, which are nothing but lies disguised in fragments of truth, was the same method used by Satan when he tempted Christ unsuccessfully after His forty day fast in the desert recorded in the book of Matthew. 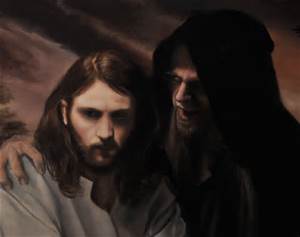 (Matthew 4: 1 - 11) Then Jesus was led up by the Spirit into the wilderness to be tempted by the devil. And when He had fasted forty days and forty nights, afterward He was hungry. Now when the tempter came to Him, he said, “If You are the Son of God, command that these stones become bread.” But He answered and said, “It is written, ‘Man shall not live by bread alone, but by every word that proceeds from the mouth of God.’” Then the devil took Him up into the holy city, set Him on the pinnacle of the temple, and said to Him, “If You are the Son of God, throw Yourself down. For it is written: ‘He shall give His angels charge over you,’and, ‘In their hands they shall bear you up, Lest you dash your foot against a stone.’” Jesus said to him, “It is written again, ‘You shall not tempt the Lord your God.’” Again, the devil took Him up on an exceedingly high mountain, and showed Him all the kingdoms of the world and their glory. And he said to Him, “All these things I will give You if You will fall down and worship me.” Then Jesus said to him, “Away with you, Satan! For it is written, ‘You shall worship the Lord your God, and Him only you shall serve.’’ Then the devil left Him, and behold, angels came and ministered to Him. 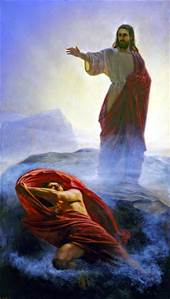 Consider what transpired there in terms of current times. It is interesting to note that every single commercial and sales person employs that same Lucifarian method of temptation to create desire. We are encouraged to purchase an item because  it looks good, we then imagine how that item will enhance our lives and we often impulsively go ahead and purchase it even though we may not be able to afford it, or we realize that it might be excessive materialistic behavior. Consider how timely and never changing bible scripture really is and how apropos it is for us today. I marvel about that because people are all so prone purchasing items they can ill afford on credit with borrowed money. The following verse from Proverbs rings true today.

(Proverbs 22: 7) “The rich rules over the poor, and the borrower is the slave of the lender.”

More importantly we need to understand that the bible is true, and that if we are honest with ourselves we need to admit that we do have a fallen nature and that we are continually falling for the wiles of the devil in the same old way. Prayer and meditating on the astounding truth of what the word exposes here will enable us to emulate Christ and how He successfully dashed the attempts of Satan to pieces by focusing on the will of God and using scripture as the sword of the spirit. When we are tempted to do what we know is evil this is what we need to do as I have said several times before:


(Ephesians 6: 11 - 17) “Put on the whole armor of God, that you may be able to stand against the wiles of the devil. For we do not wrestle against flesh and blood, but against principalities, against powers, against the rulers of the darkness of this age, against spiritual hosts of wickedness in the heavenly places. Therefore take up the whole armor of God, that you may be able to withstand in the evil day, and having done all, to stand. Stand therefore, having girded your waist with truth, having put on the breastplate of righteousness, and having shod your feet with the preparation of the gospel of peace; above all, taking the shield of faith with which you will be able to quench all the fiery darts of the wicked one. And take the helmet of salvation, and the sword of the Spirit, which is the word of God.”
Posted by Joshua Stone - What Is at 11:47 AM

Email ThisBlogThis!Share to TwitterShare to FacebookShare to Pinterest
Labels: (1 Jn 2: 15-16) What’s John’s frame of reference and what does it mean today?, (Genesis 3: 3 - 6) Now the serpent was more subtle, The Pride Of Life