The Coming Great Day Of The Lord

As had been prophesied, there has been a world-wide falling away from faith in God by many Jews and nominal Christians alike, we have reached the point in time referred to by the Prophet Isaiah where there are many who call that which is evil good and good evil, who put darkness for light and light for darkness. We have entered an era much like in the days of Lot who was a righteous man sorely vexed by the abominable licentiousness of the people of Sodom and Gomorrah. Even today the thoughts of many men’s hearts seem to be bent on doing things that are inherently evil just as was recorded in the days of Noah before the flood. As we note the disturbingly sinful attitudes that surround us and the murder of close to 90,000 Christians each year by ISIS and other Islamic forces we cannot help but realize that we are approaching of the close of the age. This time had been prophesied long ago beginning with the breakup and scattering of the nation of Israel into a world wide diaspora beginning in 70 AD. After almost 2000 years on May 14, 1948 Jews reconvened in their former land and Israel once again became a nation according to God’s plan as prophesied by Ezekiel.

Therefore, O mountains of Israel, hear the word of the Lord God: Thus says the Lord God to the mountains and the hills, the ravines and the valleys, the desolate wastes and the deserted cities, which have become a prey and derision to the rest of the nations round about; therefore thus says the Lord God: I speak in my hot jealousy against the rest of the nations, and against all Edom, who gave my land to themselves as a possession with wholehearted joy and utter contempt, that they might possess it and plunder it. Therefore prophesy concerning the land of Israel, and say to the mountains and hills, to the ravines and valleys, Thus says the Lord God: Behold, I speak in my jealous wrath, because you have suffered the reproach of the nations; therefore thus says the Lord God: I swear that the nations that are round about you shall themselves suffer reproach. “But you, O mountains of Israel, shall shoot forth your branches, and yield your fruit to my people Israel; for they will soon come home. For behold, I am for you, and I will turn to you, and you shall be tilled and sown; and I will multiply men upon you, the whole house of Israel, all of it; the cities shall be inhabited and the waste places rebuilt; and I will multiply upon you man and beast; and they shall increase and be fruitful; and I will cause you to be inhabited as in your former times, and will do more good to you than ever before. Then you will know that I am the Lord. (Ezekiel 36:4 - 11)

The nation of Israel, the apple of God’s eye, is currently becoming surrounded by the forces of many nations intent on her destruction while the United Nations conspires against the Israelis with continual anti-semitic slurs, issuing crippling economic sanctions, even calling for it’s breakup and questioning Israel’s right to exist. Moscow is reconstituting power and control over it’s Islamic neighbors who are bent on the murder of Jews and Christians, the stage is now set for an astounding event.

The word of the Lord concerning Israel: Thus says the Lord, who stretched out the heavens and founded the earth and formed the spirit of man within him: “Lo, I am about to make Jerusalem a cup of reeling to all the peoples round about; it will be against Judah also in the siege against Jerusalem. On that day I will make Jerusalem a heavy stone for all the peoples; all who lift it shall grievously hurt themselves. And all the nations of the earth will come together against it. (Zechariah 12: 1-3)

Behold, a day of the Lord is coming, when the spoil taken from you will be divided in the midst of you. For I will gather all the nations against Jerusalem to battle, and the city shall be taken and the houses plundered and the women ravished; half of the city shall go into exile, but the rest of the people shall not be cut off from the city. Then the Lord will go forth and fight against those nations as when he fights on a day of battle. On that day his feet shall stand on the Mount of Olives which lies before Jerusalem on the East; and the Mount of Olives shall be split in two from east to west by a very wide valley; so that one half of the Mount shall withdraw northward, and the other half southward. And the valley of my mountains shall be stopped up, for the valley of the mountains shall touch the side of it; and you shall flee as you fled from the earthquake in the days of Us′iah king of Judah. Then the Lord your God will come, and all the holy ones with him. On that day there shall be neither cold nor frost. And there shall be continuous day (it is known to the Lord), not day and not night, for at evening time there shall be light. On that day living waters shall flow out from Jerusalem, half of them to the eastern sea and half of them to the western sea; it shall continue in summer as in winter. And the Lord will become king over all the earth; on that day the Lord will be one and his name one. (Zechariah 14:1-9)

Long after the death and resurrection of Jesus Christ, John a follower of Jesus had been banished to the Greek isle of Patmos by the Roman Emperor Domitian for proclaiming the gospel, here on Patmos is where he was swept up into a vision by the spirit of the risen Christ and given details of future events leading up to the victorious return of Jesus the risen Christ, here is his account:
“I John, your brother, who share with you in Jesus the tribulation and the kingdom and the patient endurance, was on the island called Patmos on account of the word of God and the testimony of Jesus.”(Revelation 1:9)

“Then I saw heaven opened, and behold, a white horse! He who sat upon it is called Faithful and True, and in righteousness he judges and makes war. His eyes are like a flame of fire, and on his head are many diadems; and he has a name inscribed which no one knows but himself. He is clad in a robe dipped in blood, and the name by which he is called is The Word of God. And the armies of heaven, arrayed in fine linen, white and pure, followed him on white horses. From his mouth issues a sharp sword with which to smite the nations, and he will rule them with a rod of iron; he will tread the wine press of the fury of the wrath of God the Almighty. On his robe and on his thigh he has a name inscribed, King of kings and Lord of lords.”(Revelation 19:1-11)

The following two passages from Zechariah and Ezekiel were written in the 5th and 6th century BC. These two prophets could hardly have known what it was they were envisioning in terms of the power unleashed against the invading hordes at the time they prophesied, however in modern day context it gives  sobering credence to the probability that nuclear weapons may be in use during this event when it finally comes to pass.

“On that day I will give to Gog a place for burial in Israel, the Valley of the Travelers east of the sea; it will block the travelers, for there Gog and all his multitude will be buried; it will be called the Valley of Hamon-gog. For seven months the house of Israel will be burying them, in order to cleanse the land. All the people of the land will bury them; and it will redound to their honor on the day that I show my glory, says the Lord God. They will set apart men to pass through the land continually and bury those remaining upon the face of the land, so as to cleanse it; at the end of seven months they will make their search. And when these pass through the land and any one sees a man’s bone, then he shall set up a sign by it, till the buriers have buried it in the Valley of Hamon-gog. Thus shall they cleanse the land. (Ezekiel 39:11-16) 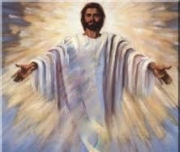 At that time a special dispensation will be given to the house of David and the inhabitants of Jerusalem even though they had turned away from Jesus and refused to acknowledge him as their Messiah. This had been God’s plan from the beginning so that the entire world would have an opportunity to respond to God’s offer of forgiveness and eternal life. At that time Israel’s dispensation will not be afforded to the rest of humanity because that opportunity will have already passed. In light of that knowledge then consider that now is time to ask Jesus into your life as Lord and Savior before it’s too late. Now is the time for your salvation, you may never have another chance!
Posted by Joshua Stone - What Is at 11:51 AM No comments:

Email ThisBlogThis!Share to TwitterShare to FacebookShare to Pinterest
Labels: "lo I am about to make Jerusalem a cup of reeling to the peoples round about Zechariah 12..., The coming great day of the Lord
Newer Posts Older Posts Home
Subscribe to: Posts (Atom)