Center Of The Universe

We are living in a time when we hear people say, “I am master of my own destiny” and “It’s all about me.” This is the “Me Generation” where each individual is the center of their own universe, everything and everyone circulates around them for their own fulfillment and self aggrandizement. Such individuals are insufferable and difficult to be around, they exude selfishness from every aspect of their persona. However they are not alone, we all suffer from this personality trait in varying degrees whether we realize it or not, it is part of the inherent nature of man. 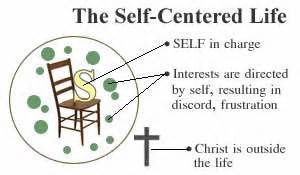 One therefore must take into account how this all came about as Adam and Eve, the first family who had initially been given dominion over the earth by the Creator, fell prey to the ego inflating message of the tempter and accepted his word over that of the Creator which served to remove God from the center of their lives and make Satan central, whereby they instantly became self aware while at the same time taking on the egocentric personality of the one whose voice they had opted to obey, thus consigning their dominion and entitlement over to Satan.

The serpent in the Hebrew is a being or person is called 'Nachash.' The Hebrew word Nachash is translated to “shine” (like brass) or whisper (as in enchantment). The Nachash was not a literal snake he was, to use the literal Hebrew, a shining enchanter. He was also 'shrewd' (smooth or slick), as a descriptive term in the Hebrew for 'naked and cunning' in deceiving Eve.

(Genesis 3: 1 - 7) Now the serpent was more subtle than any other wild creature that the Lord God had made. He said to the woman, “Did God say, ‘You shall not eat of any tree of the garden’?” And the woman said to the serpent, “We may eat of the fruit of the trees of the garden; but God said, ‘You shall not eat of the fruit of the tree which is in the midst of the garden, neither shall you touch it, lest you die.’” But the serpent said to the woman, “You will not die. For God knows that when you eat of it your eyes will be opened, and you will be like God, knowing good and evil.” So when the woman saw that the tree was good for food, and that it was a delight to the eyes, and that the tree was to be desired to make one wise, she took of its fruit and ate; and she also gave some to her husband, and he ate. Then the eyes of both were opened, and they knew that they were naked; and they sewed fig leaves together and made themselves aprons.

In time God gave Moses the law and throughout the centuries that followed we can read of the continual failures of mankind to keep the law perfectly and even to this day there is no one on earth who has not failed under those ten commandments due to the dictates of ego and man’s propensity to sin.

Following his baptism by John in the Jordan River Jesus went out to the wilderness where he fasted and prayed for forty days before beginning his ministry and is confronted by Satan who directed questions designed to appeal to Jesus ego, it was there in that moment in time where he put his own human ego to death placing the will of God the Father at the foremost center of his own existence. This is a profound example of the Son of God placing God his Father as central in the throne room of his own life and relegating himself to a subservient role by crushing the desires of his own ego. 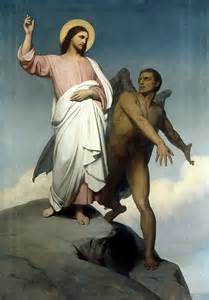 (Matthew 4: 1 - 11) Then Jesus was led up by the Spirit into the wilderness to be tempted by the devil. And he fasted forty days and forty nights, and afterward he was hungry. And the tempter came and said to him, “If you are the Son of God, command these stones to become loaves of bread.” But he answered, “It is written, ‘Man shall not live by bread alone, but by every word that proceeds from the mouth of God.”’ Then the devil took him to the holy city, and set him on the pinnacle of the temple, and said to him, “If you are the Son of God, throw yourself down; for it is written,’He will give his angels charge of you, and on their hands they will bear you up, lest you strike your foot against a stone.”’ Jesus said to him, “Again it is written, ‘You shall not tempt the Lord your God.”’ Again, the devil took him to a very high mountain, and showed him all the kingdoms of the world and the glory of them; and he said to him, “All these I will give you, if you will fall down and worship me.” Then Jesus said to him, “Begone, Satan! for it is written,
‘You shall worship the Lord your God and him only shall you serve.’” Then the devil left him, and behold, angels came and ministered to him.

And later here again, Jesus knowing that he was about to be tortured mercilessly and crucified, he put the will of the father above his own.

(Matthew 26: 36 - 42)  Then Jesus went with them to a place called Gethsem′ane, and he said to his disciples, “Sit here, while I go yonder and pray.” And taking with him Peter and the two sons of Zeb′edee, he began to be sorrowful and troubled. Then he said to them, “My soul is very sorrowful, even to death; remain here, and watch with me.” And going a little farther he fell on his face and prayed, “My Father, if it be possible, let this cup pass from me; nevertheless, not as I will, but as thou wilt.” And he came to the disciples and found them sleeping; and he said to Peter, “So, could you not watch  with me one hour? Watch and pray that you may not enter into temptation; the spirit indeed is willing, but the flesh is weak.” Again, for the second time, he went away and prayed, “My Father, if this cannot pass unless I drink it, thy will be done.”

A certain event that happened at the crucifixion of Christ which was recorded by Luke exemplifies the egocentricity of one of the criminals as opposed to the repentant God centered attitude of the other. 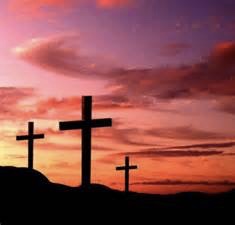 (Luke 23: 32 - 43)  Two others also, who were criminals, were led away to be put to death with him. And when they came to the place which is called The Skull, there they crucified him, and the criminals, one on the right and one on the left. And Jesus said, “Father, forgive them; for they know not what they do.” And they cast lots to divide his garments. And the people stood by, watching; but the rulers scoffed at him, saying, “He saved others; let him save himself, if he is the Christ of God, his Chosen One!” The soldiers also mocked him, coming up and offering him vinegar, and saying, “If you are the King of the Jews, save yourself!” There was also an inscription over him, “This is the King of the Jews.”
One of the criminals who were hanged railed at him, saying, “Are you not the Christ? Save yourself and us!” But the other rebuked him, saying, “Do you not fear God, since you are under the same sentence of condemnation? And we indeed justly; for we are receiving the due reward of our deeds; but this man has done nothing wrong.” And he said, “Jesus, remember me when you come into  your kingdom.” And he said to him, “Truly, I say to you, today you will be with me in Paradise.”

Herein we see evidence that all is not lost even on the worst of sinners, one who was sentenced to death, because God approves a repentant and contrite heart and has provided a way to redeem His creation from the clutches of Nachash through the person of Jesus Christ. (John 3:16) “For God so loved the world that He gave his only begotten Son, that whoever believes in him shall not perish, but have everlasting life.” Let us all try to put Christ in the central place in our lives as Savior and Lord and give ego a back seat to what’s infinitely more important than ourselves. 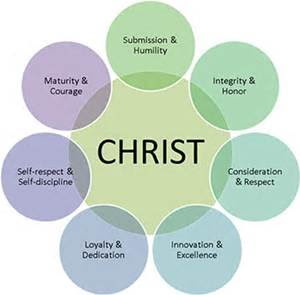 Email ThisBlogThis!Share to TwitterShare to FacebookShare to Pinterest
Labels: Center of the universe, Genesis 3:1 - 7, I am master of my own destiny, John 3:16, Me Generation, Nachash a shining enchanter