Church Heresy? You Be The Judge!

Many Christians have been led to believe that one day there will be a rapture and all who have called on the name of the Lord will suddenly be gone and the unsaved will be left behind. There was even a book written and also a movie about that entitled "Left Behind," which was essentially ludicrous. It isn't that simple though and comes as the result of wishful thinking and a misunderstanding concerning the Great Tribulation of the church that precedes the second coming of Christ."

A heretical teaching concerning the pre-tribulation rapture of the church had begun in the 1800’s at a Plymouth Brethren Church in England by a fellow named John Darby. It was based primarily on the following passages:

“Lo! I tell you a mystery. We shall not all sleep, but we shall all be changed, in a moment, in the twinkling of an eye, at the last trumpet. For the trumpet will sound, and the dead will be raised imperishable, and we shall be changed. For this perishable nature must put on the imperishable, and this mortal nature must put on immortality. When the perishable puts on the imperishable, and the mortal puts on immortality, then shall come to pass the saying that is written; “Death is swallowed up in victory. Oh death, where is thy victory? Oh death, where is thy sting?”
The sting of death is sin, and the power of sin is the law. But thanks be to God, who gives us the victory through our Lord Jesus Christ. Therefore, my beloved brethren, be steadfast, immovable, always abounding in the work of the Lord, knowing that in the Lord your labor is not in vain.
(I Corinthians. 15:51-58)

“But we would not have you ignorant, brethren, concerning those who are asleep, that you may not grieve as others do who have no hope. For since we believe that Jesus died and rose again, even so, through Jesus, God will bring with him those who have fallen asleep. For this we declare to you by the word of the Lord, that we who are alive, who are left until the coming of the Lord, shall not precede those who have fallen asleep. For the Lord himself will descend from heaven with a cry of command, with the archangel’s call, and with the sound of the trumpet of God. And the dead in Christ will rise first; then we who are alive, who are left, shall be caught up together with them in the clouds to meet the Lord in the air; and so we shall always be with the Lord. Therefore comfort one another with these words. (1 Thessalonians. 4:13-18)

The preceding passages have been construed as if to indicate there will be a moment prior to the great tribulation where Christian believers will be taken up and removed from any harm. Let us reason and ask ourselves if we think that God loves present day Christians more, and that they are somehow more worthy to be spared the torture and horrible deaths of those first century Christians and all those others down through the ages?

Jesus said, “Then they will deliver you up to tribulation, and put you to death; and you will be hated by all nations for my name’s sake. And then many will fall away, and betray one another, and hate one another. And many false prophets will arise and lead many astray. And because wickedness is multiplied, most men’s love will grow cold. But he who endures to the end will be saved. For then there will be great tribulation, such as has not been from the beginning of the world until now, no, and never will be. And if those days had not been shortened, no human being would be saved; but for the sake of the elect those days will be shortened.”
(Matthew24: 9-13 21-22)

Consider what is happening to Christians throughout the world coupled with the current uptick of hatred for Jews and Christians here in America by Progressives and Islamists and then consider how betrayed by God believers will feel who cling to the heretical version fostered by Darby and adopted by many churches, while family members are being beaten, bludgeoned, raped and stabbed. Wouldn't it seem that the pre-tribulation version may be nothing more than the work of Satan the Deceiver? It has already begun in the Mid-East, Africa, Indonesia, China and North Korea and other places where hundreds of thousands of Christians have been imprisoned, tortured and murdered for their faith in most recent times, that same murderous spirit is now slithering under the doorway into Western Culture. 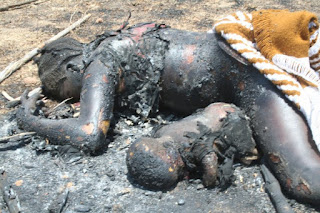 The Scofield Reference Bible is used by the Plymouth Brethren Church, it twists the meaning of scripture like a pretzel in order to give credibility to their belief in a pre-tribulation rapture. Many believers erroneously refer to the passages previously cited which are widely misconstrued as something other than exactly what they are intended to mean, and it's taught in many churches as a wishfully delusional heresy by those insisting it refers to a pre-tribulation event, however it was never taught throughout the previous 1800 years of Christianity. Reading the bible in proper context the tribulation is Satan's murderous attack on the Church. Some scholars think the rapture will occur mid-way through the seven year tribulation period after which comes the seven bowls of God's wrath on Satan and all who follow him. No one is certain of the timing of these events, best advice is that we all walk close with God and maintain our relationship with Jesus Christ. The following two passages from Revelation clarify the order of events:

When he opened the fifth seal, I saw under the altar the souls of those who had been slain for the word of God and for the witness they had borne; they cried out with a loud voice, “Oh Sovereign Lord, holy and true, how long before thou wilt judge and avenge our blood on those who dwell upon the earth?” Then they were each given a white robe and told to rest a little longer, until the number of their fellow servants and their brethren should be complete, who were to be killed as they themselves had been. (Revelation 6:9-11) 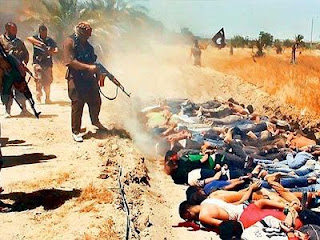 After this I looked, and behold, a great multitude which no man could number, from every nation, from all tribes and peoples and tongues, standing before the throne and before the Lamb, clothed in white robes, with palm branches in their hands, and crying out with a loud voice, “Salvation belongs to our God who sits upon the throne, and to the Lamb!” And all the angels stood round the throne and round the elders and the four living creatures, and they fell on their faces before the throne and worshiped God, saying, “Amen! Blessing and glory and wisdom and thanksgiving and honor and power and might be to our God for ever and ever! Amen.”
Then one of the elders addressed me, saying, “Who are these, clothed in white robes, and whence have they come?” I said to him, “Sir, you know.” And he said to me, “These are they who have come out of the great tribulation; they have washed their robes and made them white in the blood of the Lamb. (Revelation 7:9-14)

Email ThisBlogThis!Share to TwitterShare to FacebookShare to Pinterest
Labels: “But we would not have you ignorant, 1 Thess., brethren, Church Heresy? You Be The Judge!, concerning those who are asleep, that you may not grieve as others do who have no hope."