The leadership of United Nations member states including the United States seems to be so abysmally out of touch with the realities concerning ISIS. Perhaps this phenomena is the result of a seemingly world wide unilateral disconnect from biblical truths by the majority of current world leaders. God gives insight to the simple who seek His face! (James 1:5) If any of you is lacking in wisdom, ask God, who gives to all generously and ungrudgingly, and it will be given you. 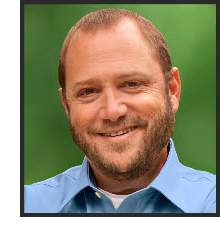 Quoting a letter from David Brickner, Executive Director of Jews for Jesus:
“I’m writing to you from Jerusalem, where I’m meeting with Christian leaders, theologians and strategists regarding the future of gospel witness here in Israel. I’m also visiting with my parents, both in their 80s now, who have lived in this troubled city since 1989. Toward the northern border with Syria, you can hear the firing of heavy weaponry. This current battle against Israel is set in the context of ISIS’s evil intent. As you may know, ISIS stands for the Islamic State of Iraq and Syria, a murderous jihadist radical Islamic movement whose ultimate goal is the destruction of the people of Israel and the conquering of the land of Israel. The ISIS movement seems much like a very similar time about 2,100 years ago when Israel faced the threat of a different form of radical fundamentalist ideology from Syria under a wicked ruler named Antiochus Epiphanies. There are eerie similarities between the attacks on Israel then and now.”

The entire book of Daniel describes the prophecies that came to him through a series of dreams. Most but not all have been fulfilled in their exact order. In scripture, there is often an initial event which is a type of a similar and even greater event that will happen in latter times, this is true of Daniel's prophecy concerning Antiochus IV, a Syrian king who ruled Palestine from 175-165 B.C. He assumed the title "Theos Epiphanes" which meant god manifest and gives some idea of his tyrannical pride. (Daniel 11:21 - 35) describes the rule of Antiochus, who gained his throne "through flatteries.” The apocryphal books of 1 and 2 Maccabees describe the rule of Antiochus and the Jewish resistance to his brutality against Israel. Antiochus slaughtered thousands of Jews and attempted to obliterate the Jewish religion. History records him as desecrating the Temple by sacrificing a pig, the most unclean of animals, on the altar and forcing the priests to eat its flesh. He then set up in the Temple an idol of Zeus, the pagan deity he believed himself to be.

When Jesus' words were recorded by Matthew, the reign of Antiochus had long since ended, and yet Jesus clearly speaks in a way that shows the abomination of desolation was to occur sometime in the future. So while the reign of Antiochus clearly fulfilled part of the prophecies contained in Daniel, there is evidently a future aspect to it as well.
(Daniel 9:27) He shall make a strong covenant with many for one week, and for half of the week he shall make sacrifice and offering cease; and in their place shall be an abomination that desolates, until the decreed end is poured out upon the desolator.
(Daniel12:11)  From the time that the regular burnt offering is taken away and the abomination that desolates is set up, there shall be one thousand two hundred ninety days.
Antiochus’s reign was not characterized with a covenant with Israel that was broken in three and a half years, nor a complete desolation that occurred which gives further evidence of a future much greater fulfillment of Daniel's prophecies.

Jesus said: (Matthew 24: 15 - 21) “So when you see the desolating sacrilege standing in the holy place, as was spoken of by the prophet Daniel, then those in Judea must flee to the mountains; the one on the housetop must not go down to take what is in the house; the one in the field must not turn back to get a coat. Woe to those who are pregnant and to those who are nursing infants in those days! Pray that your flight may not be in winter or on a sabbath. For at that time there will be great suffering” such as has not been from the beginning of the world until now, no, and never will be.
Note: The holy place isn't necessarily the temple, the holy place is Jerusalem.

(Matthew 24: 29 - 31) Immediately after the suffering of those days the sun will be darkened, and the moon will not give its light; the stars will fall from heaven, and the powers of heaven will be shaken. Then the sign of the Son of Man will appear in heaven, and then all the tribes of the earth will mourn, and they will see ‘the Son of Man coming on the clouds of heaven’ with power and great glory. And he will send out his angels with a loud trumpet call, and they will gather his elect from the four winds, from one end of heaven to the other.

To the Jewish people: (Daniel 12: 1 -3) “At that time Michael, the great prince, the protector of your people, shall arise. There shall be a time of anguish, such as has never occurred since nations first came into existence. But at that time your people shall be delivered, everyone who is found written in the book. Many of those who sleep in the dust of the earth shall awake, some to everlasting life, and some to shame and everlasting contempt. Those who are wise shall shine like the brightness of the sky, and those who lead many to righteousness, like the stars forever and ever.
Posted by Joshua Stone - What Is at 4:29 PM

Email ThisBlogThis!Share to TwitterShare to FacebookShare to Pinterest
Labels: and all the tribes of the earth will mourn, Antiochus Epiphanese, Daniel 11: 21 - 35, Daniel's Prophecies and ISIS, so when you see the desolating sacrilege